Why is 'xcopy' Being Stymied? 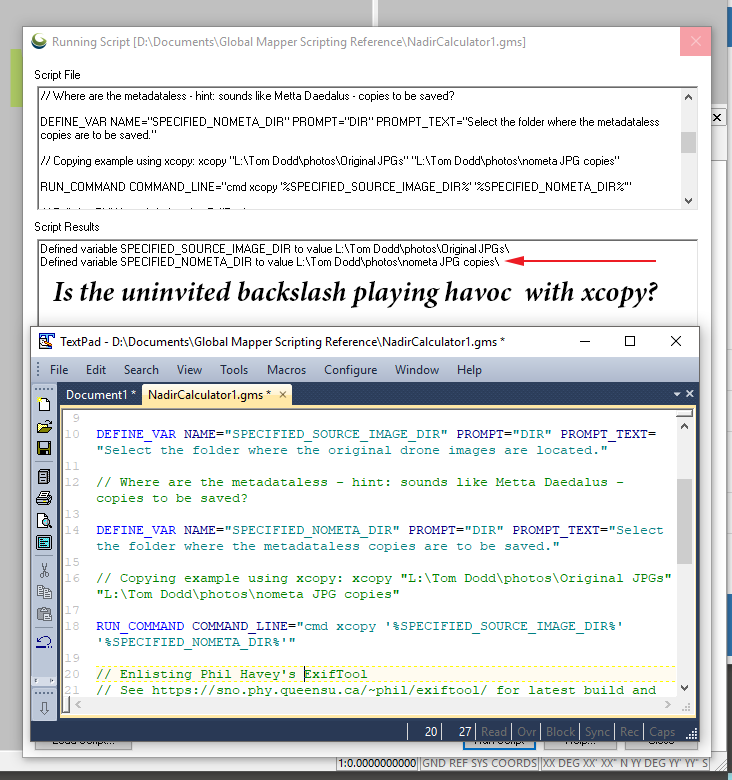 When I run the xcopy straight from a DOS prompt, without a variable, and a regular path, it works. But in the Global Mapper script, trying to use a variable, the script just hangs. Is there an extra backslash being added by Global Mapper?
Unwanted-Backslash-in-Script.png 63.7K