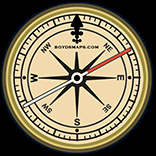 See the image below where each of the cells is a USGS 24k quad. The yellow ones have already been uploaded and the others will be added over a period of time. I have chosen points in the corners of my dataset and use those as export bounds so that the getTileURL() code is the same and I don't have to change the Javascript each time I add a new quad. This works very well.

But my problem is that I seem to need to regenerate the entire dataset whenever I add a new quad. I tried just adding one new quad using the option to skip blank tiles and the result was a blank white border around the edges of the new tile that covered up adjacent tiles.

Am I doing something wrong here? Is it possible to selectively add tiles to an existing dataset without affecting the ones that I previously created? I live out in the sticks and a 2.5M DSL connection is the most bandwith available. My project currently consists of about 20,000 tiles and 350MB so it would be nice to find a way to do this.