Been an issue in some form for several versions. GM is unable to handle some language characters when importing / copying attributes from one layer to another, perhaps an improper UTF-8 handling. This time the language is French and the importation of the characters: é, à, è, ù, â, ê, î, ô.

These characters can be viewed normally when importing a shapefile: 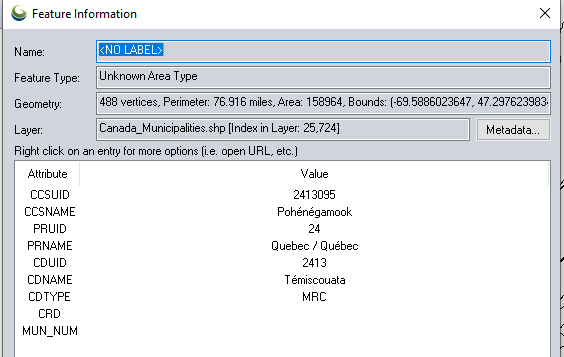 However, copying these attributes to another layer results in significant errors, in this case, every French accent is read as an error. 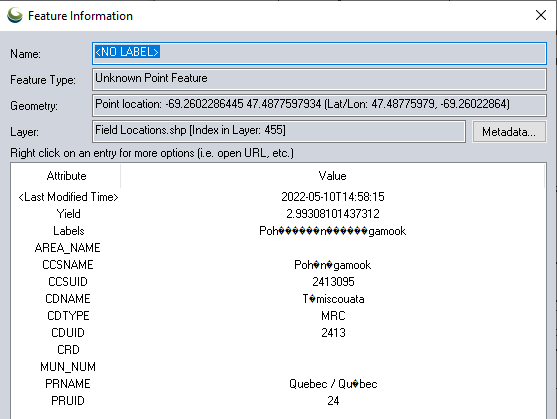 Export carries the errors out to the resulting file, requiring significant post-processing work.