How to use Find Local Peaks and Depressions

GSS
February 2021 in Elevation Data
I am trying to use the Find Local Peaks and Depressions setting while generating contours.  But it doesn't seem to operate quite like I expect and I'm wondering if anyone can offer some insight.
First - I think I've established that leaving a zero for both fields of Limits for Peaks Sharing a Key Contour does not act as no limit.  Rather, I get just a few peaks, and not the most pronounced ones.  (As in, a tall conical area that seems like a perfect location of a peak is skipped.)  And with zeroes for limits, I get no points at all if I set the Minimum Concentric Contours to anything greater than one.
But even if I set the limits to a low non-zero value (and Min. Contours to one), I still am not getting all the peak points that I would expect just by looking at the contours.  In the screenshot below, I see at least four or five places I would think I would get a point but don't.  Are there more parameters at work here that just aren't exposed? 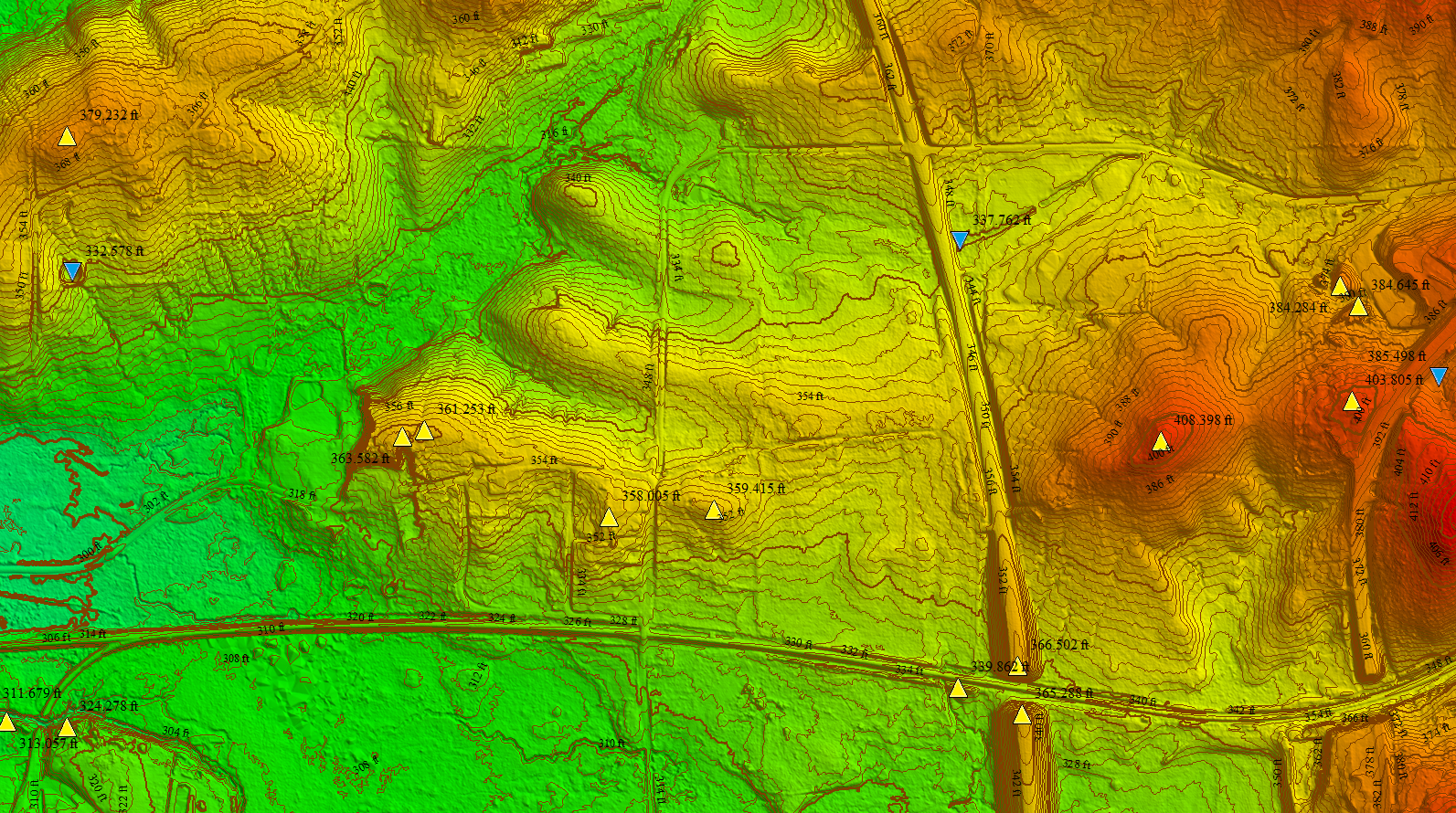 If it makes any difference: my elevation surface is a 1-m DEM in a couple of img files, (which files are in UTM, but my workspace projection is State Plane (which is Lambert Conformal Conic, in this case)); I've generated 2-ft and 1-ft contours, minor and major at 10/50 and 5/10, the elevation range is 278 ft to 423 ft, Resolution is default, and I've checked smooth lines and discard closed contours less than 30 m.  (Other boxes unchecked.)
Screenshot 2021-02-04.png 2.7M