Jake Global Mapper UserTrusted User
April 2018 edited April 2018 in Suggestion Box
There are many times when I create a buffer that I want the attributes to be inherited from the source feature. I do this manually using the following process.

1. Select points and or lines and or areas.
1. Create buffer and DO NOT combine overlapping buffer areas
2. Create line features from buffer areas
3. Intersect and split the line features.
4. Manually delete the unnecessary line features so there is a single maximum buffer line. Spatially at this point it is the same as a combined AREA buffer. This the slowest part since there may be hundreds of slivers.

This results is a buffer line (not area). The benefit of lines is that each segment can now have its own attributes and I know what source feature created which portion of the maximum buffer and just how critical it is based on its length.

This is useful for maritime boundary creation (i.e. buffers) that use numerous coastline features (coastline, rocks, islands) and we document which part of the boundary came from which feature.

I created a test GMW file I will email you. This image shows an example where "Island A" and its contribution to the buffer is highlighted. 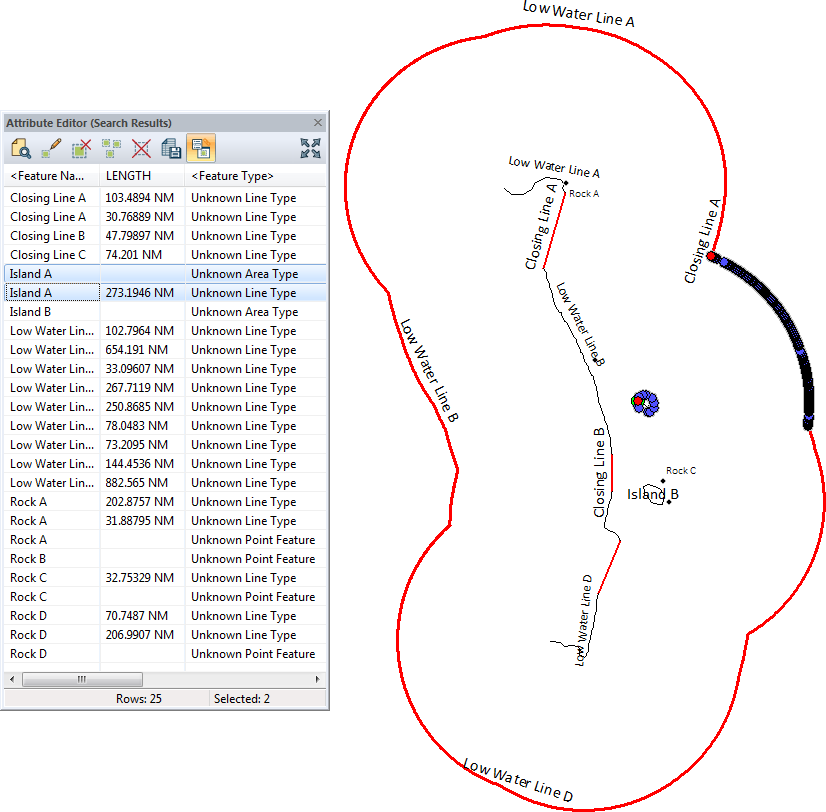